mori chack graphic designer, famous for his Chax product line, and especially the character Gloomy Bear, a 2 m tall, violent, pink bear that eats humans, an antithesis to cute characters from companies such as sanrio. mori chack believes that humans and animals are incompatible, and an animal is wild by nature. this is expressed most pronouncedly by the Gloomy Bear, which is often shown blood stained and attacking humans.

gloomy, an abandoned little bear, is rescued by pitty (the little boy). at first, he is cute and cuddly, but becomes more wild as he grows up. since bears do not become attached to people like dogs by nature, gloomy attacks pitty even though he is the owner. So gloomy has blood on him from biting and/or scratching pitty. he also made hanyo usagi

i personally dont remember what got me into gloomy bear but i think ive been a fan for quite some time now. i have a few shirts, a hoodie, like two plushies (their expensive -__-), and a bootleg kigurumi i got from amazon that i cant show because i dont fucking feel like bringing it out LOL. i also have hot sauce for some reason idk why. 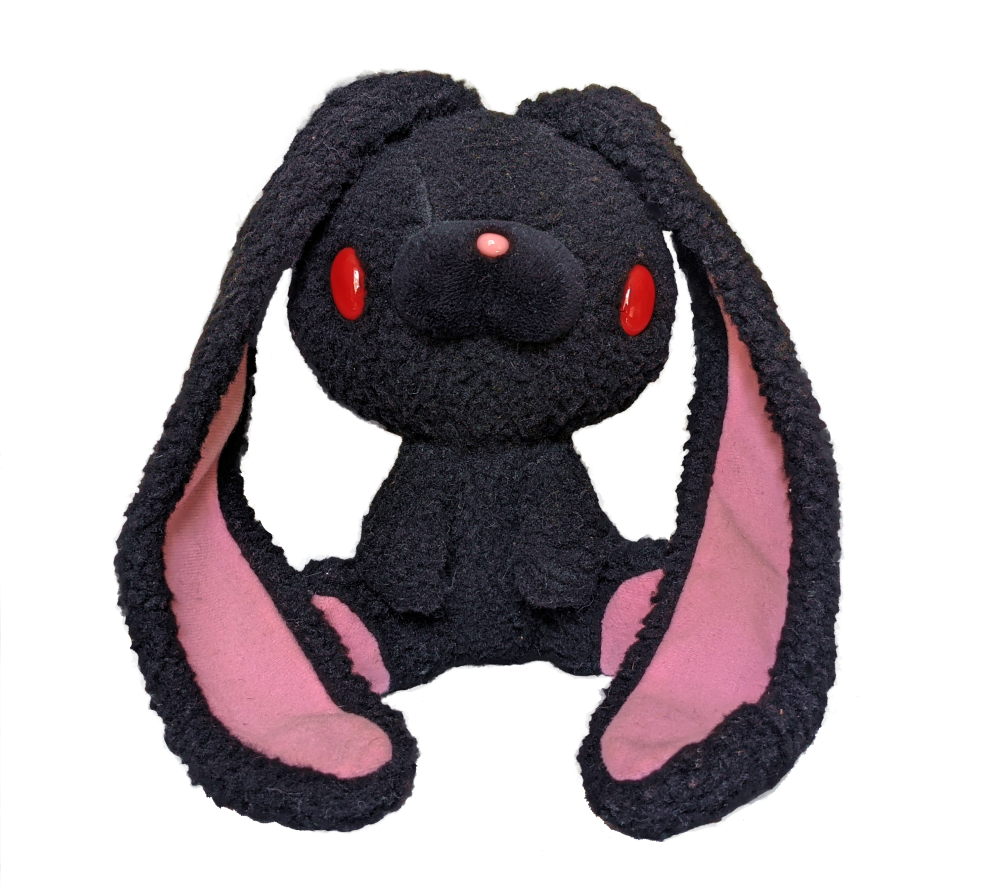 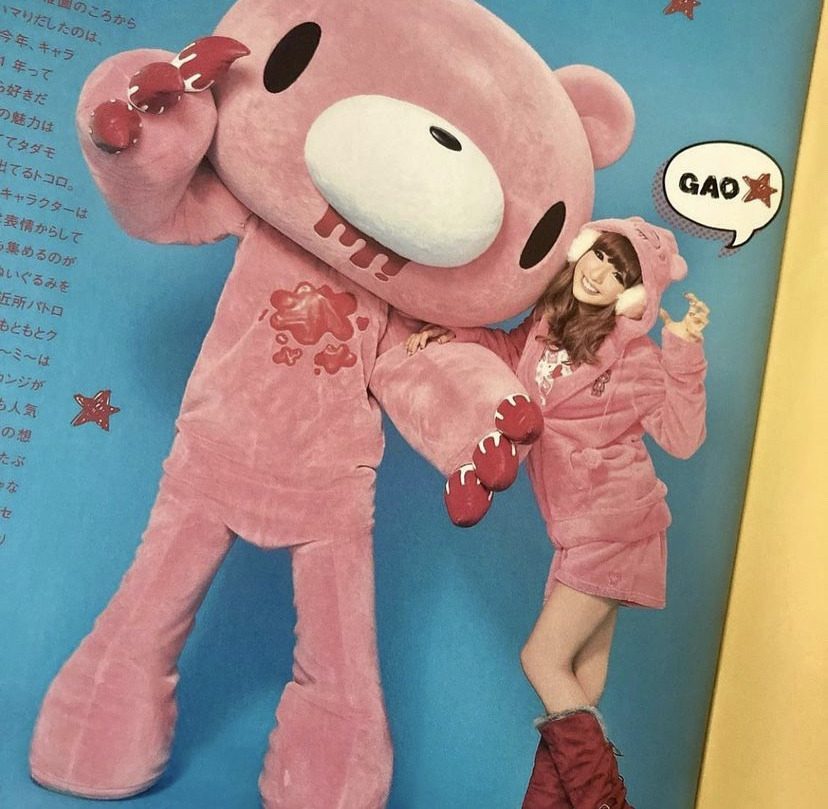 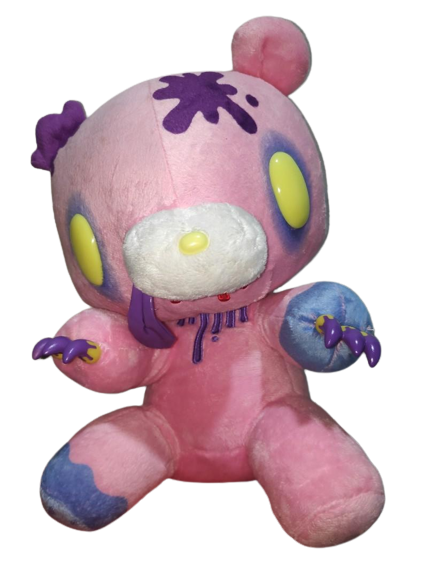 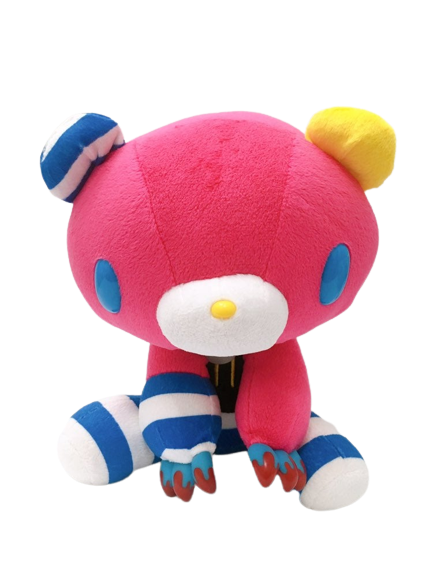 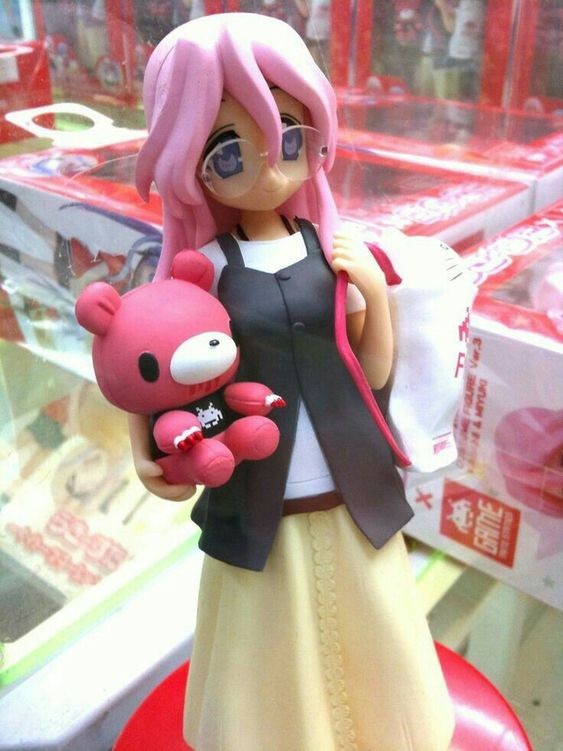 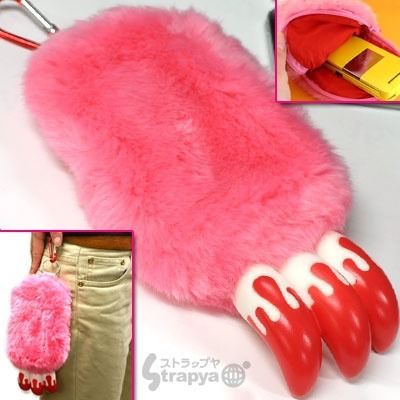